Pipo Monkeys (ピポサル), sometimes just called Monkeys (サル) and called Apes in Ape Escape, are ordinary monkeys under the control of a mass produced helmet called the Peak Point Helmet. Being the main symbol of the whole Ape Escape franchise, they appear in every game and other Ape Escape-related media. They also have gained many cameo roles in other non-Ape Escape related media. There are currently eight known types of Pipo Monkeys.

Pipo Monkeys are brown apes with tan mouths, feet, and hands. They have big round eyes and usually very simplistic expressions. Depending on the type, they may have a certain expression or item different from common Yellow pantsed apes. Each Pipo Monkey wears a Pipo Helmet.

They are very simple minded when compared to Specter's way of thinking. As a result, they seem to only speak their own ape language, which comes out as "Ukki". When they feel threatened, they can attack their assailant by using random items at their disposal such as banana peels, rocks and other violent weapons they may possess such as laser guns and machine guns. They can even flail their own arms as a means of defense. There are also many other different monkeys throughout the series that have their own ways of fighting back against their enemies.

These little apes also have human-like behaviors. They eat, sleep, drink, play and do whatever they want. Their specific behavior can be easily identified by analyzing their pants color, their gears or their suits.

The color of a Pipo Monkey's pants can give a glimpse on the monkey's personality and behavior.

Certain monkeys require certain gadgets and abilities to find, and can't be encountered on the first play-through of a level. These have been referred to as secret monkeys or rare type monkeys. For more information see Secret Monkeys.

A Pipo Monkey chasing Kei with the Time Net.

A Pipo Monkey in LittleBigPlanet.

A Pipo Monkey on the game's official logo.
Add a photo to this gallery

Pipo Monkeys in the Frederator cartoon.
Add a photo to this gallery 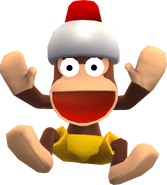 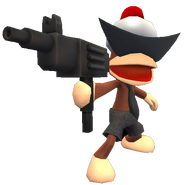 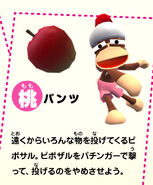 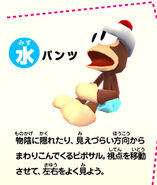 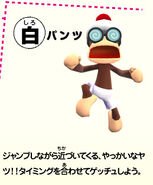 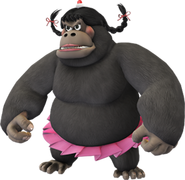 A Pipo Monkey in Monster Ranger 4. 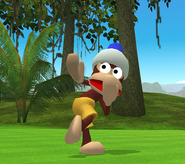 A Light Blue Pipo Saru Ratchet costume in Ratchet & Clank: Up Your Arsenal. 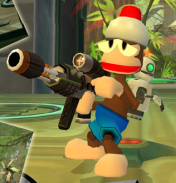 A Light Blue Pipo Saru Ratchet costume with Clank in Ratchet & Clank: Up Your Arsenal. 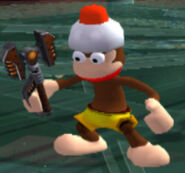 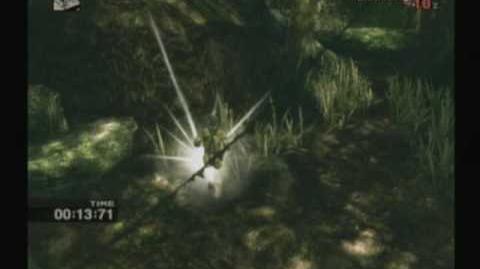 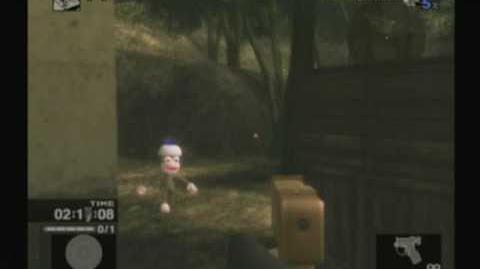 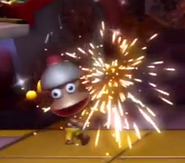 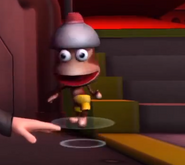