This article is about the PlayStation 3 Reboot that is called Ape Escape in Europe. For other uses of Ape Escape, see Ape Escape (disambiguation).

PlayStation Move: Ape Escape (sometimes called Ape Escape Move), known in Asia as Ape Escape: On The Move, in Europe as Ape Escape, and in Japan as Fury Fury! Saru Get You! (フリフリ！ サルゲッチュ), is a spin-off of the Ape Escape franchise, and the first nstallment developed for the PlayStation 3 system. Unlike other games, it makes use of a motion controller peripheral, Sony's PlayStation Move.

Players view the game from a first-person perspective with the motion controller acting as a gadget on-screen which include a floating net, a slingshot and a harisen. Players cycle through their arsenal using the Move button while either pressing the trigger button or performing gestures to utilize the gadget. For example, players swing the net to catch monkeys, press the trigger button to fire slingshots and wave the controller to use the fan.

Players traverse from area to area via an on-rails method. Each area is filled with monkeys and players must ultimately catch all of them using the net. Each gadget is used for a different purpose: slingshots are used to annoy monkeys, destroy objects, and shoot banana power-ups, while the fan is used to blow away debris. To shift the camera players press either the "X" or "O" buttons to turn left or right respectively.

Unlike previous games, this game has a completely new cast of characters. The only character that returns from past installments is Specter.

Unlike previous games, this game has a completely new set of Gadgets. The only Gadget that returns from past installments is the Monkey Net and the Slingshot.

On September 24, 2009, at the Tokyo Game Show, an Ape Escape game for the PlayStation 3 (named "Ape Escape" working title) was confirmed as a PlayStation Move title. Ape Club, the official website for the Ape Escape series in Europe, announced that the game would be released within the second to fourth quarter of 2010. They also stated that if players liked the Ape Escape game, Pipo Saru 2001, that you would also love this game.

On May 14, 2010 the first official images of the game were finally released which included a working logo for the game as well as a promotional image for the game. They were part of a total of three clues given out to the public on that day with the other two being "Has something that no other Ape Escape games have" and "It's a keeper."

On July 5, 2010 a trailer for PlayStation Move was released. It displayed a one second clip of the game, which involved the player catching monkeys with a net, using the move controller, in first-person view. Another image was released by Ape Club, not seen in the trailer on July 9. It contained a picture of the "Gadget Widget", displaying the gadgets, and a new addition showing batteries. A full trailer for the game was finally released by Ape Club on September 3, 2010, which is shown at the Tokyo Game Show 2010 on September 16, 2010.

Specter
Add a photo to this gallery 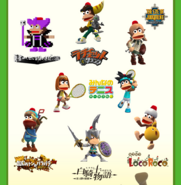 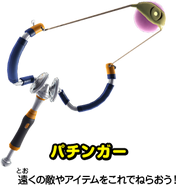 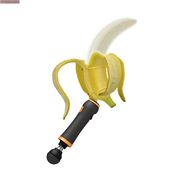 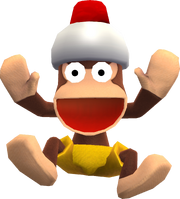 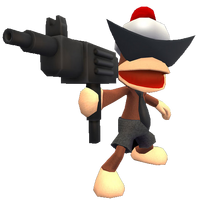 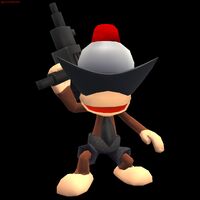 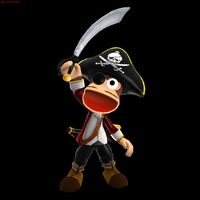 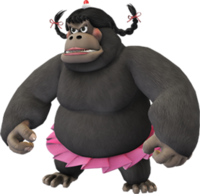